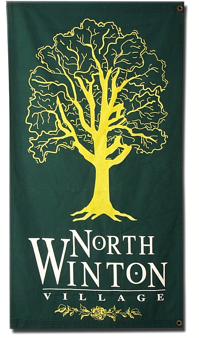 The purpose and mission of North Winton Village Association is to promote, organize and conduct preservation, beautification, cultural, and educational activities intended to improve the character and quality of the North Winton Village Neighborhood, located east of Culver Road, north of University Avenue and south of Empire Blvd.

Since early 1995 when the Association was formed, the NWVA has worked tirelessly to keep crime and drugs away from the area, to beautify the neighborhood, and to keep intact the charm of the “village” with the character of the early 20th century and the amenities of the 21st century.

The NWVA partners closely with the City of Rochester Police Department (RPD), city Code Enforcement, economic development, various organizations, local schools, and elected officials, as well as its citizens and businesses. Currently this part of the city of Rochester has the lowest rate of crime, due in large part to the diligence of the NWVA.

Send your voluntary $10 yearly dues, or make a donation to support the association's work in North Winton Village.

Interested in joining the board? RSVP to attend a meeting and see what’s involved.

Second Monday of the month

Our volunteers promote, organize, and conduct preservation, beautification, and cultural and educational activities to help improve the character and quality of the North Winton Village neighborhood in the City of Rochester, Monroe County.

Like the North Winton Village Association Facebook Page for fun and informative posts about the neighborhood and its businesses.
Proudly using Dynamic Headers by Nicasio WordPress Design